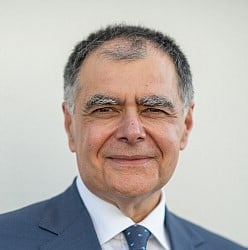 “It is too late to address the issue ‘before something terrible happens” – because it already has.

The 60 Minutes joint investigation with The Sydney Morning Herald and The Age has shown the public what the health regulators have known for years.

The confronting footage and testimony speak to a wider systemic problem of patient deception and exploitation, and regulator inaction.

However, a bloated bureaucracy of health departments, committees, regulators, and commissions has created a spaghetti-like system of costly inaction. It is a dangerous quagmire, and both patients and tax payers pay the price.

The exposé demonstrated the dangers inherent in an industry where practitioners, using the title ‘cosmetic surgeon,’ perform invasive surgical procedures despite not being registered as specialist surgeons.

ASAPS President Dr Robert Sheen, said: “Anyone cutting into patients’ bodies should do so with Australian Medical Council accredited surgical training – it is as simple as that. Anything less is akin to playing a game of Operation.”

Dr Sheen continued: “Insufficient compulsory training, overlooked bullying of patients, horrifying standards of patient care and hygiene, and an impossible reporting and complaints system, have been overlooked for years. For years, ASAPS has been urging Australia’s health regulator and the government to fix the medical skulduggery, to little avail.

“The laws exist, they are simply not being enforced. Australia’s health regulator (AHPRA) is not regulating. And instead of focusing on patients, AHPRA is practicing a ‘duck and weave’ approach.

“It is time for AHPRA to exercise the responsibilities given to it under the National Law – a law that gives AHPRA the power to prevent patient harm in the first place. Instead, AHPRA has been skirting around an issue that is exploding, without dealing with it at the source.”

The Albanese Government must expedite the Ministerial Council’s review of medical practitioner’s use of the title ‘surgeon’, so that patients can make informed decisions and be told the truth about a practitioner’s Australian qualifications.

And beyond this, our entire health regulatory system needs more than ‘cosmetic changes’. It needs a total overhaul. The lack of regulation, transparency, and action must be corrected.”

The need for reform has been further highlighted in multiple reports in the media, such as the brave reporting of Adele Ferguson for 60 Minutes, The Sydney Morning Herald, The Age, and Four Corners, which have uncovered a number of cases of serious patient harm at the hands of medical professionals calling themselves ‘cosmetic surgeons’.

“It is too late to address the issue ‘before something terrible happens’ – because it already has,” Dr Robert Sheen continued.