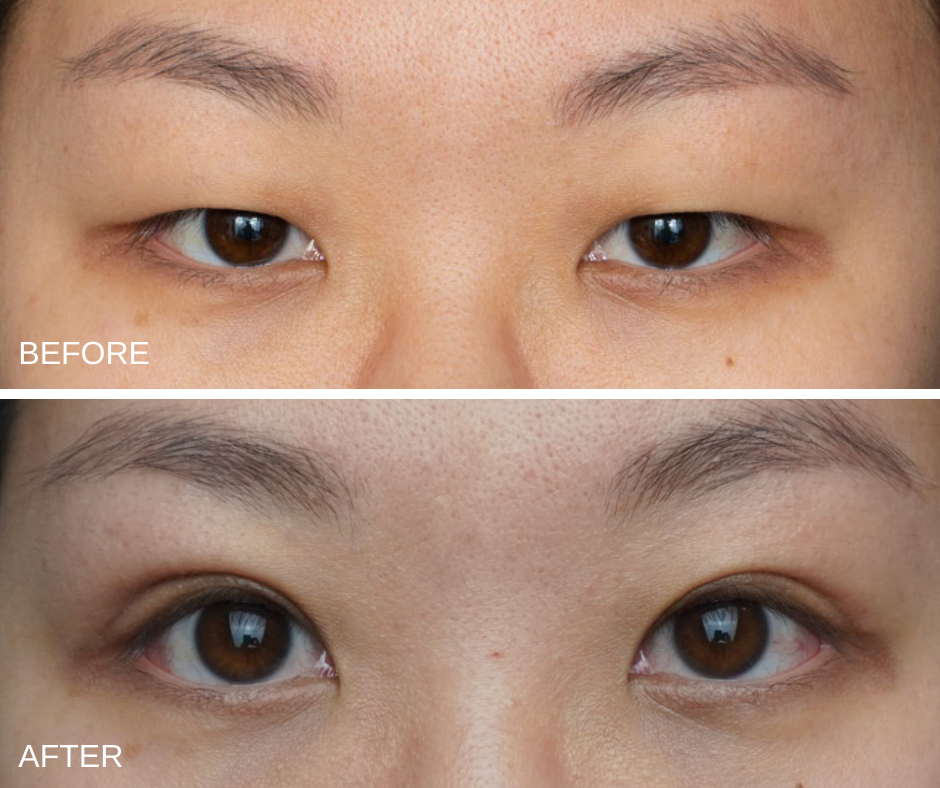 Double eyelid surgery, or Asian blepharoplasty, is a unique procedure used to create or enhance an upper eyelid fold in those who lack the fold from birth or who have weak or uneven folds. Common in people with Asian ethnicity, the absence of an eyelid fold is due to an anatomical difference in the eyelid structure when compared with those with a natural crease.

There are several techniques that are possible for creation of an eyelid fold. However, the first step is to understand what results are desired and what will look natural to suit the facial characteristics.

Unlike conventional upper eyelid blepharoplasty, where the goal for skin reduction and excess fat removal, double eyelid surgery actually involves reducing only a minimal amount of skin and using the excess to create a fold that will enhance the eyes and provide the appearance of larger, more defined eye shape.

Why is the Asian eyelid unique?

The Asian face has many unique characteristics and as such, in assessing the eye region, we must take into account the overall facial profile to consider the natural balance between the eyes, nose, mouth and chin areas. Creating strong, high upper eyelid folds while the rest of the facial features remain small and soft can look unnatural and too obvious.

Asian eyelids contain thicker skin, muscle and more fat than a Caucasian eyelid with a natural fold. In fact, the very first attempts at creating an upper eyelid fold therefore tried to replicate Caucasian folds which are much higher and the results looked very unnatural. Higher folds are only suited to eyes that have thinner skin and less upper eyelid fat with a deeper facial profile and over the years we have developed an understanding of the factors that create a beautiful eyelid.

Traditional double eyelid fold creation relies on an incision along the line of the desired eyelid crease. The advantage of this technique is in its versatility. By creating an incision, the surgeon can reduce skin excess and remove excess muscle and orbital fat that is preventing upper eyelid fold creation.

Assessment of whether this technique is suitable for you is conducted during your consultation. If you have concerns about your eyelids feeling heavier or blocking your vision, or have always disliked how puffy your eyes appear, chances are that you may require an incisional Asian blepharoplasty. Although less common (20%) in younger patients, due to its ability to adjust multiple factors in the upper eyelid, the incisional double eyelid surgery can sometimes be the best choice for you to achieve beautiful, natural eyelid shape with permanent results.

Unlike the non-incisional technique, the reason that incisional surgery is permanent is that it creates an adhesion plane between the skin and the deep tissues of the upper eyelid that forms a tether point for the upper skin to fold over thereby creating an eyelid crease. This adhesion is created through your body’s own healing from the surgery and therefore does not rely on a suture only to create the fold. Sutures inevitably will fail with time, whereas these adhesion tether points are permanent and will not fail. The technique allows scar formation between the skin and the tarsal plate.

The procedure involves making small puncture holes, through which a permanent suture is introduced that pulls your outer skin down onto your tarsal plate (the fibrous structure that provides framework to your upper eyelid). As there is no dissection involved, the distinct advantage of this technique is that the procedure is shorter and has faster resolution of swelling than traditional incisional surgery.

The procedure however is not permanent – on average it will last 10 years. It also does not allow for any removal of excess skin and is not strong enough to create a double fold in those with thicker upper eyelid skin so it has its limitations. Failure of the suture after a period of time will not necessarily prevent your ability to have the procedure again however and some may go on to have further non-incisional surgery rather than converting to an incisional Asian blepharoplasty.

During your consultation, your surgeon will assess which of these options are best for you and your desired results. Generally, younger patients who are able to create folds artificially through stickers or glue are good candidates for a non-incisional double eyelid technique while those with thicker skin or requiring removal of drooping skin will have a better outcome from traditional incisional blepharoplasty.