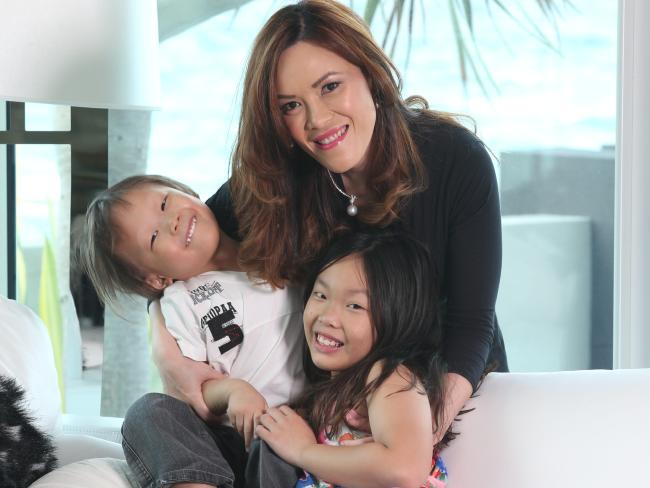 It is disappointing to read the gross generalisations in the articles on NewsCorp websites and the Sydney Morning Herald that suggest that Specialist Plastic Surgeons are part of the growing problem of body image anxieties.

As a female Specialist Plastic Surgeon in Perth who is active on social media, as a woman who has had her fair share of insecurities about her body, as a mum of three children including a 12-year-old daughter, I would argue that this is a sweeping generalisation and one I find negative and somewhat insulting to those of us who are against body shaming and passionate about empowering body positivity. To point the finger at social media of Specialist Plastic Surgeons as one cause of a complex problem is I believe oversimplistic and ignoring a much bigger issue.

Body image anxieties are a real concern. It is frightening to learn of statistics from Prof Rumsey saying that 11-year-olds are wanting cosmetic procedures. It is sad to learn that poor body image is one of the three biggest concerns of our young people. I worry how this will affect my children, as I do not want them to grow up with poor body image as I did, and like so many of my patients who see me. Dissatisfaction about how one looks can affect one’s confidence, and can negatively impact on every aspect of one’s life. I know first hand seeing how many people don’t want to do something because they fear rejection, failure or disapproval because they lack self-worth and often it is linked to how they negatively see themselves and their appearance.

And coupled with the harsh reality that the world is cruel. Even without magazines and TV influencing our perceptions, fleeting or deliberate comments from other children, teenagers and adults whether innocent and unintentional or not, can and do crush self-esteem and confidence. Being teased or being told you are fat and ugly or have a big nose or whatever, is enough to play on our minds, and sadly, has longevity. And this type of bullying about one’s appearance begins from such a young age, and I don’t think that is because of social media. I see children worried about their prominent ears because the kids at school are mean. I see some adults who have little to no confidence and they attribute that to being bullied when younger because they were overweight. Where are we learning to be so mean? Whatever happened to the adage, if you don’t have anything nice to say, don’t say anything at all.

I grew up before social media when we all had varying degrees of dissatisfaction with our bodies merely because I believed we lived in a time where the supermodels Cindy, Claudia, Kate and Kristy and magazines like Dolly, Cleo and Cosmopolitan portrayed the notion that being beautiful, skinny, perfect was what we aspired to be like and if we didn’t we felt awkward and unattractive. Perhaps we didn’t all follow these models and magazines, but the problem of not feeling good about how we looked is age-old.

Centuries before women were wearing corsets to cinch in their waist so making them attractive to potential suitors looking for fertility in a woman. Wonder if women back then had body image issues? They probably had some dissatisfaction if they didn’t meet society’s view of attractive then but perhaps they never articulated it. Or maybe people were more tolerant and embracing of all shapes and sizes and appearances back then?

Scientific studies have shown that people are drawn to features of beauty instinctively – and that doesn’t require influences externally. There is an argument that it is innate to be drawn to certain physical characteristics, and so whilst social media can certainly influence trends, as Kylie Jenner has in my mind, redefined the image of beauty, there is so much more to this problem of poor body image that can be blamed on plastic surgeons and social media.

Add the era of the internet and social media and now everything is available online. But I do not believe it is what is splashed everywhere that has killed our body confidence, in as much as the culture where its ok to troll others, speak unkind words, be overly critical, be cruel and pass judgement on others that in my mind has fuelled body image anxieties.

I am not a psychologist or sociologist and don’t claim to have the answers to a complex and concerning problem, but I do believe the onus is on society at large to change how we treat others and to start from a young age to foster tolerance, acceptance and values of kindness.

As a Specialist Plastic Surgeon, we have a responsibility to be a part of the solution. I do believe that we already help so many patients find their self-worth, love themselves more, become less self-conscious and live their best lives. But we also need to make sure that we don’t set unrealistic, unattainable expectations for our patients, sexualise or trivialise what we do or make people feel worse about themselves so we can offer solutions to their body image issues-. As members of the Australasian Society of Aesthetic Plastic Surgeons, we need to advance the specialty of plastic surgery so we can help more people. We should work together with body image specialists to find solutions to fostering healthy positive body image in society, and ensure our social media and marketing is ethical realistic, professional and honest.

For some people, finding one’s self-worth may require counselling. For others, it might be about career advancement. And some it might mean lifestyle changes. However, there will always be some women and men who want to address a physical concern that holds them back from feeling good about themselves and achieving what they want to. This is equally valid, and articles and opinions that criticise or mock those of us who want to invest in ourselves and improve our appearance, do the opposite of helping us. They actually fuel even more angst.

I am not claiming that plastic surgery fixes low body image. I am not arguing that if you don’t like something about your physical appearance then fix it and your woes will be over. I am not advocating that we should all go and get a boob job because the ones we saw on social media are amazing and if we don’t we will feel less of a person. Sorry for the dramatic sarcastic tone, but I am sick and tired of shaming those who want to do something for themselves. So long as the individuals have realistic expectations and are doing it for themselves and for the right reasons, it isn’t right to criticise them or judge them as being superficial, vain, weak or any other negative undertones that some people automatically associate with plastic surgery. We don’t need to agree with their choices but we should learn to respect their autonomy in the very least. It would be my hope that we learn to be encouraging and supportive of each other rather than criticise and shame each other’s choices.

I for one see women and men of all different age groups and from all walks of life who simply want to improve an area of their skin, face or body that bothers them and affects their confidence, happiness and freedom to be their best selves. In no way are these patients coming in feeling crap about themselves because they aspire to be like influencers. The overwhelming majority of my patients don’t want to be someone else – they only want to be the best version of themselves whatever age or stage of life they are at.

Some have insecurities from a young age when someone teased them and that has stuck with them through most of their life. Some have insecurities that have formed from growing up in this society that is skewed in favour of who and what is beautiful. Many are going through key stages in their life when they want to feel good about themselves. Mums who feel frumpy and unattractive after having kids want to address their post-pregnancy body. Men and women who have left long-term relationships want to regain their self-confidence that a breakup has taken its toll on. Some want to not look aged so they can hang onto their jobs. Whatever the reason so long as it is for the patient who has realistic expectations, plastic surgery can be highly transformative, not only physically but also in how it translates positively to every aspect of one’s life.

At the end of the day, social media is not going away and we cannot stop people looking and following Instagram accounts of those they relate to or engage with and search for what fits with their belief systems. For the surgeons who are posting risqué pictures labelled as “soft porn”, they are likely attracting patients who identify with those desired outcomes, but I know that my patients or those who follow me share the same values that I do about empowering others to be their best and kind self. Each to their own so long as we are not breaching professional and ethical guidelines, and not lumped into one basket as being part of a serious complex problem. With further collaboration and research, we can all be part of a solution.