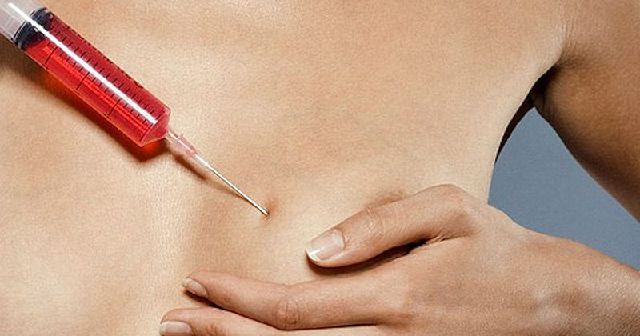 Taking fat from the stomach or thighs and using it to boost breast size is entirely possible.

The procedure, known as breast augmentation by fat grafting or autologous fat transfer, has grown in popularity in Australia in the past five years, particularly in the wake of the health scare surrounding PIP (Poly Implant Prothese) silicone breast implants.

Whilst the technique is not new, with plastic surgeons transferring fat to the face and other parts of the body for at least 20 years, what is new is the amount of fat needed to increase a breast size.

Doctors were initially concerned that if they transferred large amounts of fat to the breasts, it might form fatty lumps that could be mistaken for breast cancer, leading to unnecessary biopsies.  But advances in technology have helped us diminish those concerns.

At my practice, Avenue Plastic Surgery, augmentation by fat grafting is undertaken as day surgery, under general anaesthetic.

We use a technique similar to liposuction to harvest fat cells from the abdomen, hips and thighs.  The fat is prepared to a type of ‘‘puree’’ and injected into the breast tissue, under the skin of the breasts.

There is no cutting involved, but there will be puncture marks and bruising where fat has been removed.

To prevent lumps, the fat is injected into multiple tunnels in the breast, then moulded into shape so that a smooth and uniform breast enlargement is produced.

We are moulding the fat; it’s like creating a sculpture and we can build up the breast where it needs to be built up rather than just putting in a round lump.

The procedure is most suited to women who have completed their family or who want to rebalance their shape by modestly increasing breast size.

It’s a good solution for women who have had children and would never have breast implants but they feel much more comfortable with this procedure as we are using fat from their own body.

It’s a win on both levels – as the women I treat often go down one size in slacks and up one size in the breast.

As with any surgical or invasive procedure, it does carry some risks and I encourage my patients before proceeding to seek a second opinion from another appropriately qualified health practitioner.

It’s also a popular procedure for women who have decided they want to have their breast implants removed.  We simply take out the old implants and replace them with fat.  The overall result is the breasts retaining much of the same size but the outcome of the shape can be much better.